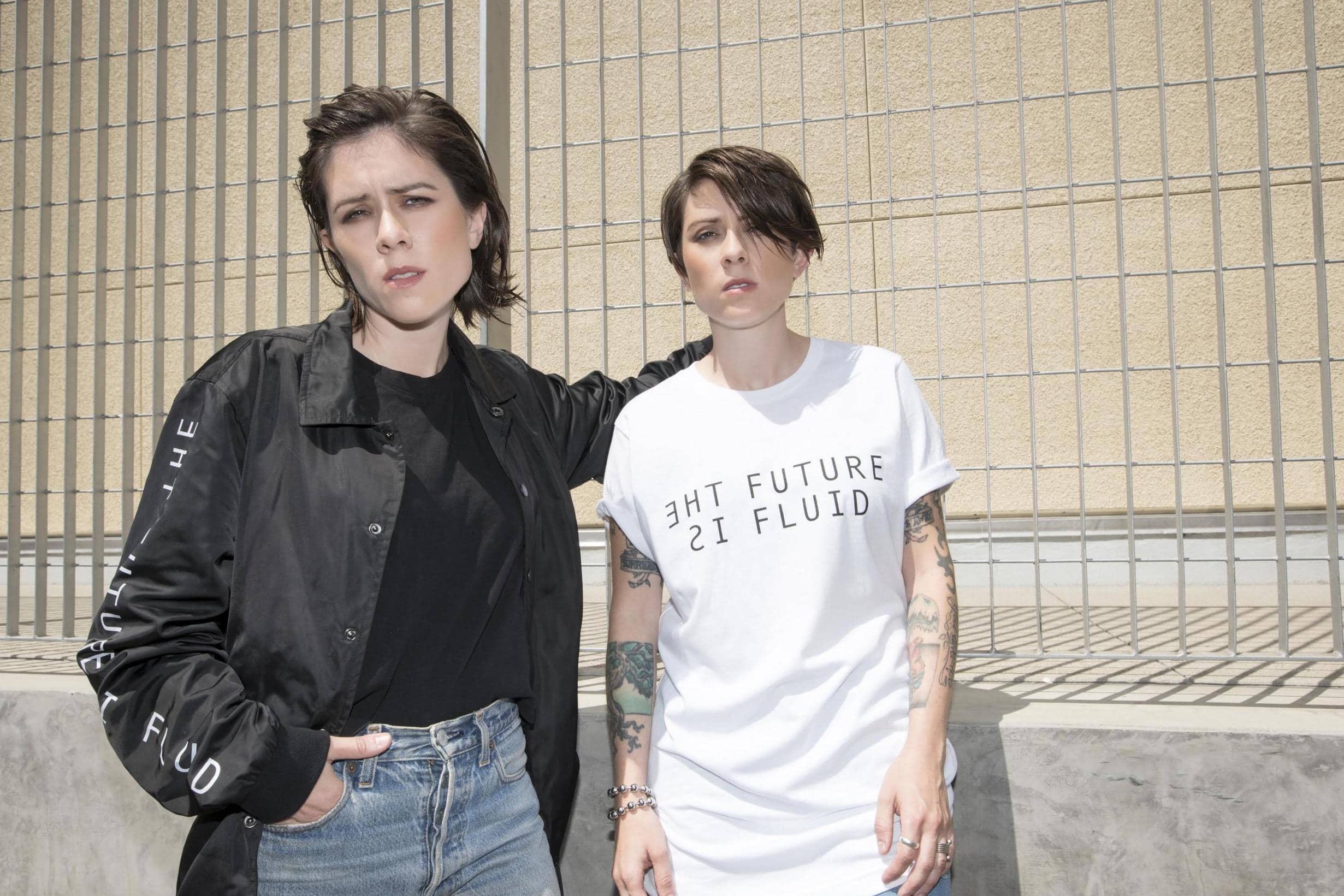 The New War on Gender Studies

Gender studies has come under attack in recent years. It is charged with subverting the natural order, undermining the family and traditional expressions of gender and sexuality. Populists have made it a central component of their ideological platform. At steak is the human rights agenda of liberal democracy itself.

On the morning of December 18, 2018, a bag was left outside the National Secretariat for Gender Research in Gothenburg Sweden. While the dynamite shaped device inside turned out to be a dummy, the intention was clear. Even the Swedish Vice-Chancellor Eva Wiberg herself noted, some scholars are especially exposed to violence, based on the nature of their research. “Without speculating in this certain case, we all know that this exposure has become very apparent for gender research today.”

Why is this incident so shocking? Perhaps because it was not reported widely in the international press, despite the fact that it followed on after the controversial closing of the Swedish Gender Equality Agency (Jämställdhetsmyndigheten), a victim to the rightward shift in parliament once the populist Swedish Democrats (Sverigedemokraterna) earned third-party status. Perhaps too because it shows the potential for violence that can emerge in the wake of increasingly coordinated attacks on gender studies as conservative and populist parties exploit this issue to their own ends. It does not foment debate and deliberation; as we are seeing, the world over, it fosters extremist stances, destabilizes liberal democracy, and challenges critical inquiry itself, along with its practitioners.

Attacks on NGOs and Academics

It is hard to imagine that the scientific study of gender inequality in the labour force, government, and in personal and public life should garner such a response. And yet, while we have witnessed story after story in North America and Western Europe of government rollbacks on abortion provision, LGBTQI rights, and NGOs aiding women’s support groups and the closure of entire programs devoted to women’s and gender studies, we somehow still think this is preserve of the populist, authoritarian playbook in embattled democracies. To think of gender studies under attack is to think of the dire situation facing academics in Poland and Hungary, and on the horizon in Bolsonaro’s Brazil. For those scholars knee deep in the trenches, the world over, this is increasingly becoming business as usual.

As the sociologists Roman Kuhar and David Paternotte have noted, the anti-gender movement –  the increasingly organized assault on “gender ideology” and “gender theory” used as a stand in by opponents to marriage equality, reproductive rights, sexual liberalism, and anti-discrimination policy –  has long moved beyond the borders of increasingly authoritarian countries. The challenge of sexual rights and gender identity is part of a neo-traditionalist turn; hence it is a global concern in how we meet this challenge in the 21st century.

Feminism – on the right and left

Gender studies has, since its inception in the 1970s as women’s studies, been a target of opposition both from within and without. A product of the social movements of the New Left and the search for radical democratic solutions to ongoing social cleavages, gender and sexual equality nevertheless remained hard won issues even among progressives. Disagreements among activists forced feminists, gays, and lesbians to forge their own coalitions, their contributions to the spirit of 1968, as the historian Christina von Hodenberg has recently shown, often minimized in contemporary and historical accounts. Still women’s studies gained a toehold in the march through the institutions where in universities like the Technical University of Berlin, researchers like Karin Hausen oversaw much-needed studies of women’s history, sexual violence, harassment, labour inequality, citizenship, corporate war and militarization. Not without its own blind spots as the well-known Professor of women’s and gender Studies Chandra Mohanty famously pointed out, it has nevertheless weathered various storms to hold universities, government, and corporations accountable for failing to uphold minority rights around access, representation, and equality.

If 1968 helped spawn new forms of agitation and advocacy, coalescing in the creation of women’s and gender studies departments in universities in the Global North, it also became a touchstone for the New Right, which likewise saw debates around gender as foundational to the movement. Looking back at the spirit of 1968, Alain de Benoist, French academic, philosopher, and founder of the Nouvelle Droit, proclaimed that those tumultuous months and their emphasis on liberalism, feminism, modernity, individualism, Marxism, and globalism masked “the sheer size of a crisis that demands a radical renewal of modes of thought, decision, and action.” Looking back in his Manifesto of the French Right in the Year 2000, he argued that feminists, landing on the idea of gender as a social construction, fell into the trap of vying for equality tout court, which in the end simply revivifies the male subject as universal. On the contrary, the New Right promotes a differentialist feminism, one that seeks to safeguard a place for sexual difference in the public realm, upholding specifically feminine rights like the right to virginity, maternity, and – in de Benoist’s thinking at least – abortion. Instead of agitating for equality-come-patriarchy, differentialist feminist acknowledges “the equal value of their distinct and unique natures.”

It is not difficult to see the echo effect of aspects of this line of argumentation in the wildly popular writing of Canada’s Jordan Peterson, whose Twelve Rules for Life has become a mainstay of bookstore best seller lists the world over. Peterson and others like him see academic feminism as a full-frontal assault on balanced thinking, a corrosive “cultural Marxism” in need of containment. Whereas de Benoist’s “feminism” appeals to the more radical constituents of the avowed right, Peterson’s University of Toronto credentials allow his not uncontroversial thinking to gain a toehold with traditional conservatives, a coalition cemented most recently with his quasi-advisory role with the right-leaning Ontario provincial government that rolled back progressive sex education.

While the austerity measures of the mid 2000s economic downturn put added pressure on gender studies departments to prove their mettle, the latest war on “gender theory” emanates out of middle 1990s discussions in the international arena which formalized gender and sexual inequality as part of the language of human rights. While the assault on gender studies in Hungary is the most glaring example, for years scholars in South East Asia, in Australia, Europe, and North and South America have been put in the position of defending long-established research that sex, gender, and sexuality have varied over time and space, and in different historical moments.

These new anti-gender campaigns transcend borders. They unite Catholics with Evangelicals, secularists and the devout. They challenge academic integrity while shoring up government policy, limiting reproductive rights, propping up a particular image of the family. Although they take on the appearance of a popular movement, they have been stage-managed and supported by populist politicians. The Vatican’s role is long-standing, with Pope Francis going on record at World Youth Day in 2016 that gender is a form of “ideological colonization.” Although chiefly the preserve of right-leaning parties, even Ecuador’s former leftist president Rafael Correa trumpeted the claim in 2013 that feminists, LGBTQI activists, and other gender warriors were actively mobilizing against traditional values.

This movement has not been without violence. Gender studies scholars have received hate mail. They’ve been stalked and received threats. In November 2017, prominent queer theorist Judith Butler was attacked by a heterogeneous mob in Brazil that mobilized via social media to protest her visit as “a threat to the natural order of gender, sexuality and the family”. Anti-Butler demonstrators took to the streets of Sao Paulo. They burned her likeness in effigy, a practice that conjured the inquisitorial history of targeting witches, Jews, heretic and sodomites. Far right groups followed her and her political scientist partner Wendy Brown to the airport where they were targeted with more slurs. Against Butler, opponents rehearsed the well-worn charge that leftists, Jews, and sodomites, were behind the threat to traditional values.

This new war on gender studies is not solely targeted at universities and research institutes in fledgling democracies. Its reach is more comprehensive and broader still. It is part of a new kind of culture war targeting all areas where critical research in gender and sexuality has brought about visibility to vulnerable populations, alongside important legal protections and gains. It is flexible enough to appeal to the educated and the disenfranchised. It unites the populist with the conservative right. The naturalized vision of gender difference appeases traditionalists while simultaneous appealing to those who feel select strands of academic inquiry and expertise has gone “gone too far.” It also explains how these movements can attract adherents from among women and queers, who buy into the language of differentiated forms of empowerment that respect natural and inherent differences. In the era of identity politics, the language of biology as destiny has wide appeal.

It is a neo-traditionalist backlash against sexual liberalism in all its forms. It might seem most palpable in mobilizations against sex education and universal bathrooms and in threats against teachers and scholars in “other parts of the world.” But it is no less nefarious and active in how it targets the mainstream too. Most recently, we have seen it in the hypocrisy of social media conglomerates that claim algorithms are unable to differentiate between sex positivity and pornography. At precisely the moment of increased visibility for feminist, sex positive, and LGBTQI-desiring people in using the digital field as a space for activism, art, conversation, commerce and desire, even the staunchly egalitarian jargon of the social mediascape has fallen prey to fear mongering and moral panic.

We believe, to our own peril, that this is the stuff of authoritarian governments in fledgling democracies. It is a vestige of a long-standing critique of gendered power in liberal democracy and in late capitalism, which has gained new currency and new virulence in the current moment. That discord over how best to secure human rights and representation so easily bubbles over into acts of real or intended violence should be a lesson to us all about the fragility of our democracies and the responsibility of every individual in upholding their basic tenets in speeches, in parliament, at the voting box and in print.

The pessimist in me sees these dark times ahead. The historian in me knows that backlash and opposition breeds resilience. Here’s hoping the historian wins out.